Joshua Webb, AddSecure enterprise sales manager (pictured, right), highlighted how HGV drivers face far more hazards on urban streets. “Up to 1,800 road deaths happen every year in the UK, and 63% of those casualties happen in urban areas,” he noted. 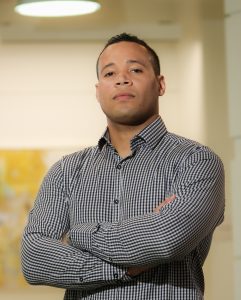 Whilst there’s been a 39% drop in fatal and serious injuries since 2009 thanks to CLOCS, FORS and DVS, Webb warned this rate has fallen in recent years.

He pointed to telematic systems as essential in helping operators cut accident rates, with solutions such as AddSecure’s fleet management portal.

Another gamechanger, he added, is the advanced driver assistance system (ADAS), consisting of a forward-facing camera, a driver monitoring system, which scans a driver for signs of fatigue and distraction, and a display to alert the driver to a potential collision.

Webb said. “These take road safety to the next level. With ADAS we’re no longer just hoping to capture the right footage to defend against a claim or to prove that our driver did the right thing – the goal is to provide real-time instant feedback to drivers to make them better aware of their driving environment so that the accident never happens.” 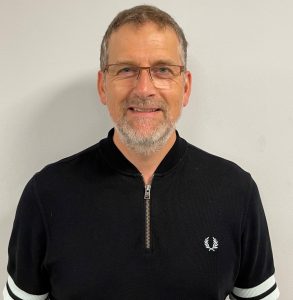 The system monitors the drivers’ braking, accelerating, idling and fuel consumption, with the data used to improve driver performance.

Todd said drivers have improved their skills significantly using this system. Pointing to recent data on the driving performance of 10 drivers, taken over 21 weeks, Todd said the data showed a 13.41 point improvement on average.

The financial benefits are also impressive, with the 10 drivers, who between them covered 183,537 miles in the period, achieving a total reduction in fuel costs of around £12,524.

“We currently operate around about 300 shifts a week, across about 55,000 miles per week. So assuming every single driver achieves a similar improved performance, this gives us a potential savings of up to £3,700 pound per week,” Todd added.

Other measures taken by the firm to improve road safety include a multi-camera solution, giving 360-degree coverage of each vehicle, which has helped improve driver safety and lower the company’s insurance premiums. Combined with the firm’s vehicle telematics system, the company can livestream its vehicles and download footage and data on driver behaviour before, during and after any traffic incident.

In order to comply with DVS standards, the company has also installed a warning system on its larger vehicles which integrates with its CCTV cameras to provide visual and audible warnings when a hazard is detected in the driver’s blind spot.

“This will have a significant impact on protecting our business and helped reduce the risk of injuries and fatalities, improve out claims experience and help us achieve industry accreditation,” he added.

Dr Karen McDonnell, occupational health and safety policy advisor at the Royal Society for the Prevention of Accident (ROSPA), spoke of the challenges facing hauliers operating around vulnerable road users.

More pedestrians are killed in collisions with HGVs than are cyclists with most pedestrians damaged by HGVs moving off when the pedestrian is in front of the vehicles, she said.

Slightly more motorcyclists are killed or injured in collisions with HGVs, than are cyclists, she added, with most incidents involving HGVs turning right or left across the path of the motorcyclist, or overtaking and making lane changes.

She warned that following the Covid-19 pandemic HGV drivers face even more challenges in the urban landscape, with far more people abandoning public transport and taking to the road.

“The shift has been seismic,” she said. “There has been a significant increase in new registrations for motorcycles, mopeds and scooters – and there is also an increase in cycling, supported by the Department of Transport – so these are the issues organisations should be considering as they move forward.”

Speakers then fielded a host of questions from webinar attendees, on the use of in-cab cameras, the proliferation of urban accreditations, whether fuel savings should be shared by drivers and if the skills shortage is hitting driver standards.

The answers to these questions and much more can be found by watching the on-demand, free-to-access webinar: