When the Sea Rescue service alerts their lifeguards for lifesaving, it's a must with high operational reliability. With AddSecure as a partner, they have secured their infrastructure and received a complete solution for both operations and communication. 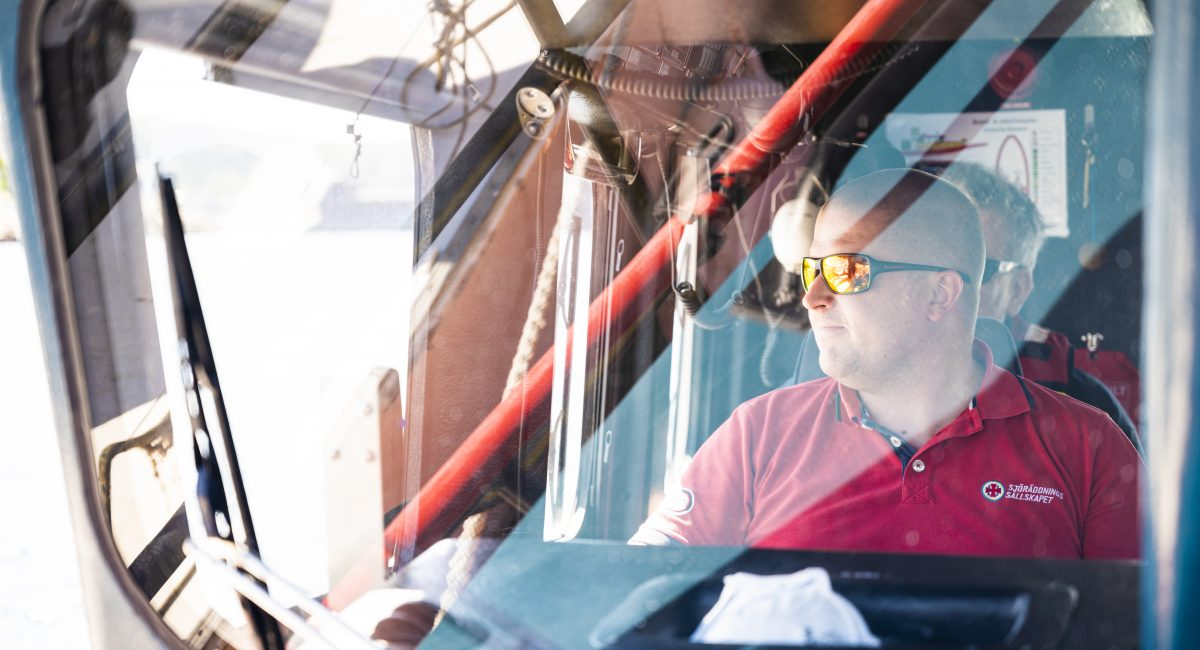 The Swedish Sea Rescue Service is a non-profit association that saves lives at sea. In fact, they are the only player in Sweden whose primary task is to carry out sea rescue missions. The organization has 73 lifeboat stations and more than 230 lifeboats stationed along Sweden’s coastlines and major lakes.

There are always 2,300 volunteer crew members on standby, ready for callout 24 hours a day, 365 days a year. Once the alarm is raised, a rescue mission should be on its way within 15 minutes. This is why they have bolstered their critical infrastructure with a comprehensive solution that handles both their operational and communication needs.

The right information, right on time

According to Adam Goll-Rasmussen, who is Head of Emergency Services for the Sea Rescue Service, up-time and redundancy are their two biggest challenges when it comes to alert notification services.

“Each year, we’re called out to around 1,300 serious incidents in which someone’s life is in danger,” says Adam. “We also carry out another 650 assignments on behalf of the healthcare sector by providing emergency transportation from inaccessible terrain and islands.”

The Sea Rescue Service distinguishes between “alerts” and “assignments”. The organization undertakes many preventive assignments through its membership service, which provides assistance to leisure craft that have issues before these become serious enough to put lives in danger. This is the biggest and most important aspect of their operations.

Adam explains that their previous alert systems were easily affected by disruption. However, the biggest challenge faced by the Sea Rescue Service was that the organization and crew had no idea of the details of an alert until they were already en route in the lifeboat. The information provided was limited to an “alert” without any further definition. As a consequence, crews had no opportunity to prepare for the task they were called out to.

“Now, we get the right information at an early stage, so that every crew member can get into the right mindset as soon as they receive the alert,” says Adam. “This means that we can choose which equipment to bring with us on the boat and also prepare more generally. What’s more, we can now also issue our own alerts, if we see an incident nearby. We couldn’t do that before.”

A more general upside of the new system for Adam and his colleagues in the control center is that they now have predictability. This gives them greater confidence and provides for effective deployment. 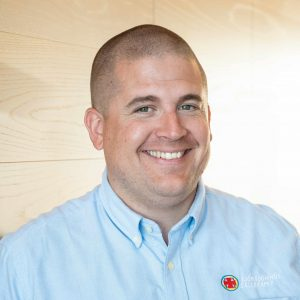 – If you’re responsible for the alert notification system then you want to rest easy at night.

A system you can depend on

The Sea Rescue Service’s previous supplier was unable to provide them with a comprehensive solution. Adam describes how they previously hosted the IT solution and server room themselves – a real challenge for a small organization when it comes to redundancy and uptime. There was a lot of intermittent disruption that was difficult to troubleshoot, and undermined the team’s confidence in the system. “When we got the opportunity to entrust the system’s operation to AddSecure, it was an easy decision to make.”

It’s important for the Sea Rescue Service to know that their IT setup has multi-layered protection in place. This applies to both physical, on site access and external penetration. “As a key stakeholder in society, a secure IT setup is essential.”

Another vital aspect for the organization is that they have a secure, reliable solution that does not monopolize their time or resources. Thanks to AddSecure’s solution, more of their resources can be devoted to what matters – their core operations at sea.

“This is great for us because it means we can concentrate on the main task at hand, instead of IT issues and operational problems. Here at the control center in Gothenburg we lay the groundwork for the tasks undertaken by our volunteers nationwide. Every priority we set in this organization is focused on ‘third parties’. If we buy a new boat or more pagers, the aim is always to provide better assistance to third parties.” 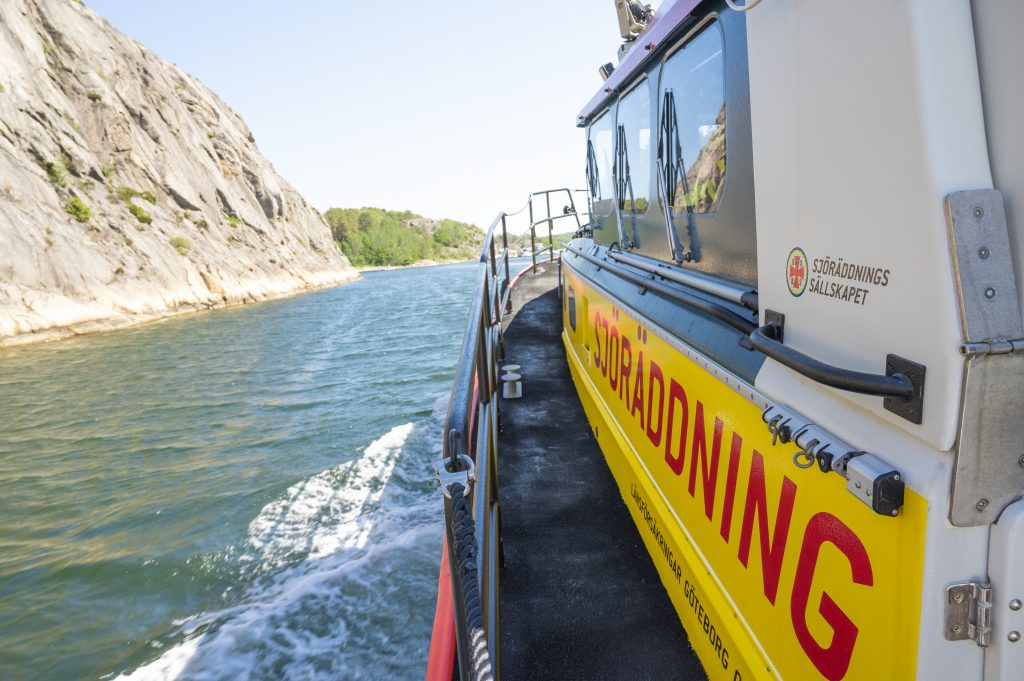 With the right IT solutions in place, resources can be used to save time, which saves lives! The Smart Rescue solution optimize callouts and secure communications.

TeleCall Cloud is a system developed for use in critical communications. The system can receive alerts from a range of systems, as well as the centralized 112 emergency service. This alert is then broadcast manually or fully automatically by transmitting the relevant details to pagers, smart display screens and cellular networks. If there is a need to coordinate several operations, then multiple types of alarms – such as fire alarms, security systems, operational alerts, personal safety alarms and domestic call buttons – can be connected. The system also offers a range of fixed network and mobile solutions to ensure effective leadership and coordination of any mission that has been initiated.

“When you’re responsible for the system, you want to sleep soundly at night – secure in the knowledge that rescue crews across the country never miss any alerts. Therefore we need solutions we can depend on. That’s why we chose this comprehensive solution for the operation of our critical communications and IT infrastructure.”

In the case of the Swedish Sea Rescue Service, operational reliability is essential – a few seconds can make a difference between life and death. “The integration between our callout system and our lifeboats means that the lifeboat starts up when the alert is raised, and is ready for launch as soon as the skipper arrives. We now have full control of our communications,” says Adam. “All the way from JRCC and SOS Alarm we can see whether alerts have been raised. A robust solution for calling out crews, with everyone receiving the alert, and with the right information from the very start, so they can be prepared, means we save time. And that means we save lives.”

Our emergency solutions help save lives!

Read more about our digital in- and outward alarm transmission solution which speeds up and shortens the lead-time between alarm and action. Used by emergency, ambulance and sea rescue services.

Read more
We use cookies on our website to give you the most relevant experience by remembering your preferences and repeat visits. By clicking “Accept”, you consent to the use of all the cookies.
ACCEPT REJECT COOKIE SETTINGS
Manage consent